A consolidation brought the entire school to its Mount Hermon campus in Gill.

A co-ed boarding school accommodating grades 9-12, Northfield Mount Hermon School was previously located on two separate campuses in Northfield and Gill, Massachusetts. A consolidation brought the entire school to its campus in Gill.

Anchoring the western portion of an academic quad, the Rhodes Center is on an axial plan with Cottage Row, a series of historic dormitory houses, and Alumni Hall, the school’s main dining facility. By breaking up roof lines and shaping the structures to the site’s sloped topography, the large complex appears smaller, creating the illusion of a cluster of distinct volumes comprising a performing arts village. 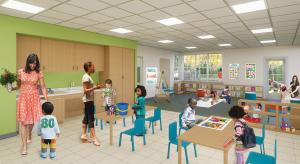 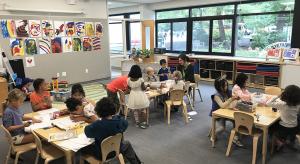 Project
The Pike School-Renovations and Modernization 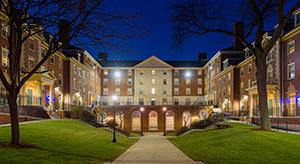