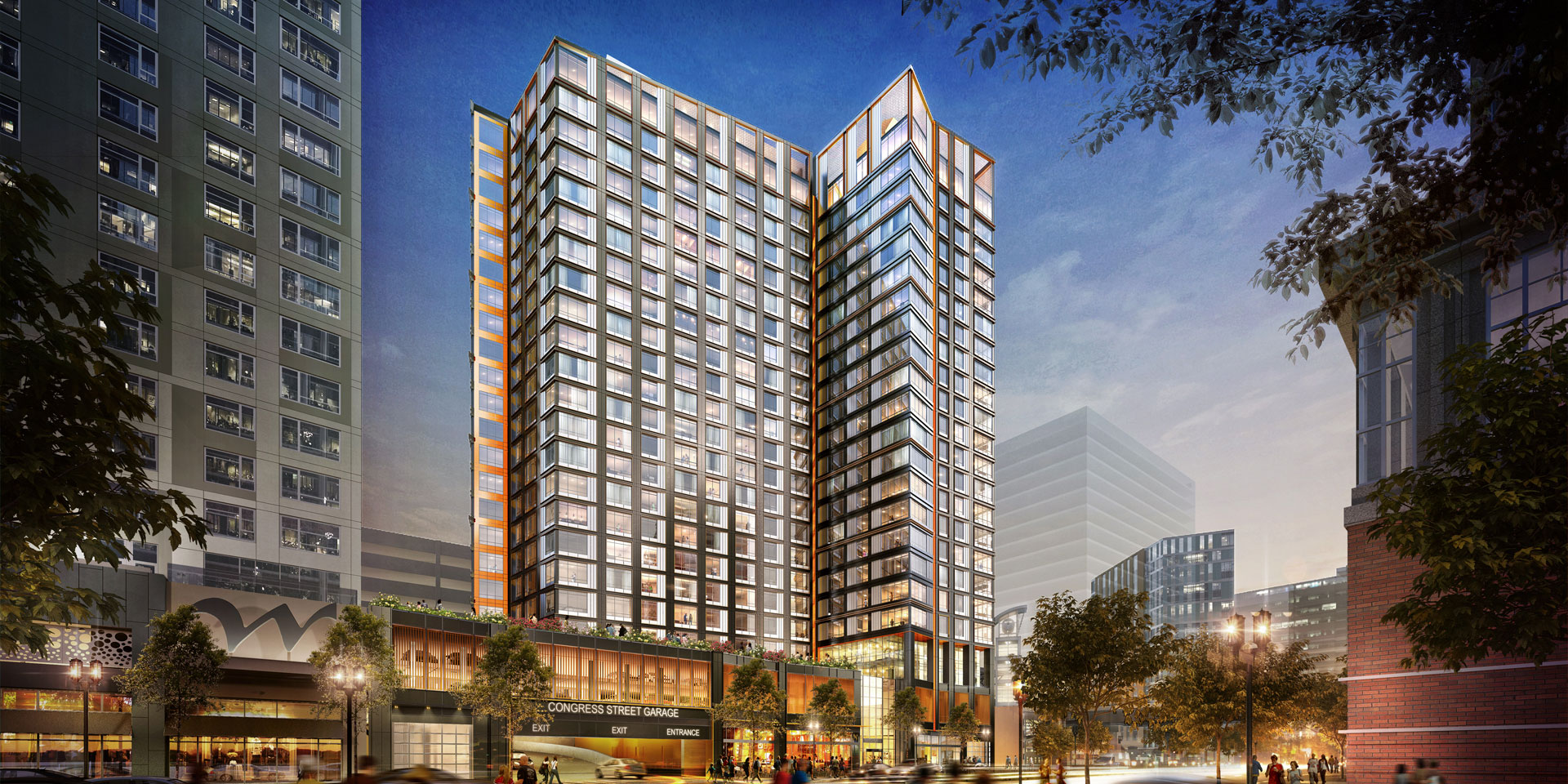 Waterside Place Phase 1B Approved to Move Forward in Seaport

The next phase of the Waterside Place development, Phase 1B, has been approved. Located at 501 Congress Street in the Seaport district, the 330,000 square foot residential building is planned to begin construction in early 2017. The 23-story tower will bring 307 rental units ranging from studios to three-bedrooms, 62 of which will be innovation units, as well as 3,300 square feet of street level retail space. Positioned at the junction of Congress Street and the Seaport’s raised causeway, World Trade Center Avenue, Waterside Place 1B will include a public stair to enrich the pedestrian experience at an otherwise segregated intersection. CBT is working in partnership with the project’s developer, The Drew Company, to create a vibrant living space in the heart of the Seaport district.