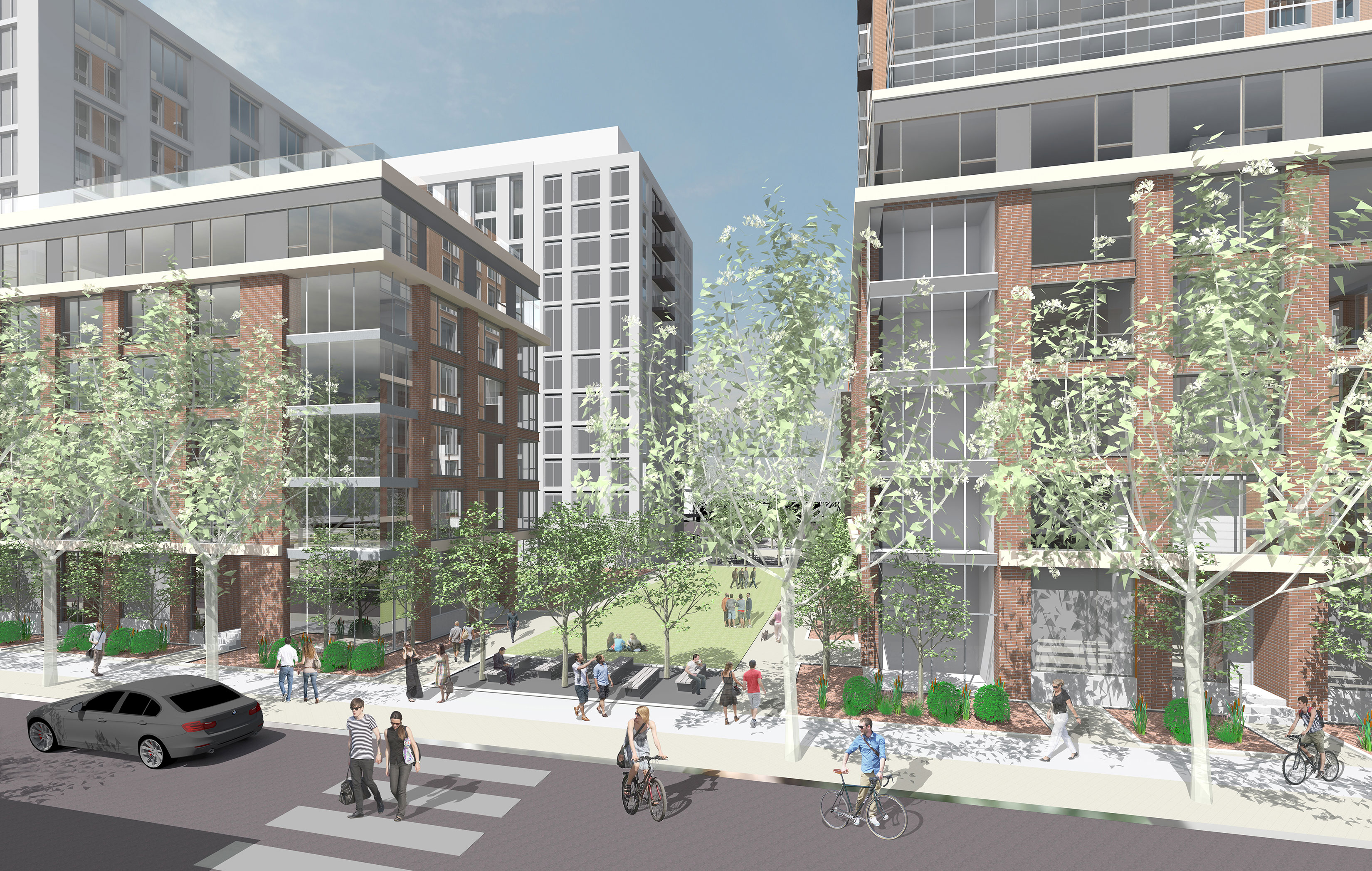 New and more detailed plans were released last week for the development of Harrison Albany Block, a 3.1 acre parcel in the South End that borders Harrison Avenue and East Dedham, and East Canton and Albany streets.

Designed by CBT and developed by Leggat McCall Properties in association with Bentall Kennedy, Harrison Albany Block will transform a underutilized area. Located on a site currently dominated by vacant buildings and parking lots, the project will bring 710 new apartments, 40,000-square-feet of office and 14,000 square feet of retail and community oriented space to Boston's vibrant South End community. Through careful design of street edges, pedestrian friendly open spaces, retail storefronts, and tree-lined streets, this site will create connections to the historic South End, have nodes of activity and a create a sense of place for this area of the South End.

The project will involve the construction of two new residential buildings with ground floor encompassing a mix of uses including retail, restaurant, and cultural space. It will also include the renovation of the circa 1904 historic 575 Albany Building into a 45,500-square-foot innovative office space with ground floor cafe. Pedestrian open space at the Harrison and East Dedham and the Mid-Block Open space will allow for serendipitous and programmed activity. All parking will be contained underground and capped by an inhabitable green roof design.

At full build out, the project will have approximately 700,000 square feet of new and renovated space for housing, commercial, office, retail and community oriented space while creating an acre of public open space and transform an underutilized and bleak 3 acre parcel of land one of the largest residential developments to take shape in Boston